Institutions benefit from membership in the Chesapeake Watershed CESU. But when projects involve students, we glimpse one of the greatest values of the partnership: opportunities and support for young people to learn, grow, and succeed in their careers.

Robert Boyd, a filmmaker and recent graduate of American University (AU), has been awarded a prestigious Fulbright-National Geographic Storytelling Fellowship. In 2021-2022 he will create a short documentary about the world’s smallest snake species, the Barbados Threadsnake. This little-known serpent occupies habitat that is threatened by development and climate change. Its diminutive and record-holding status could be a source of pride for Barbadians. Robert hopes that a film about the snake and the people who live with it will inform and stimulate its conservation.

Robert Boyd filming among the mangroves of Everglades National Park.

Robert’s interest in wildlife and nature filmmaking, especially with tiny subjects, is longstanding. They are what stimulated him to pursue a graduate degree at one of the nation’s premier film programs, AU’s Center for Environmental Filmmaking (CEF). His affiliation with the program attracted the attention of the NPS’s Urban Ecology Research Learning Alliance (UERLA) which selected Robert as the filmmaker for an interdisciplinary team creating multimedia science communication materials for Manassas National Battlefield Park through the UERLA-Center for Climate Change Communication (4Cs) CHWA-CESU partnership in 2018. Then in 2019-2020 the CEF got a boost through another CHWA CESU-enabled project with the National Park Service (NPS)

In collaboration with Maggie Stogner (CEF Director) and me, Robert filmed, edited, and co-hosted two videos about the history of science. One revisited a classic 1960s field experiment among mangroves of Everglades National Park that has deepened ecologists’ understanding of biodiversity on islands and how to design and manage protected areas. The second video recounted the origins of plant succession – a key organizing principle in ecology – in the 1890s at what is now Indiana Dunes National Park.

Both videos are part of a larger project that tells stories about national parks that have played important roles in the history of science. Video production continues today with more AU graduate students. Web articles were previously researched and written by graduate students from the Univ. Maryland system through an earlier CHWA CESU agreement with UMCES Appalachian Lab. All articles and videos are posted on the NPS website.

From CESU to Fulbright 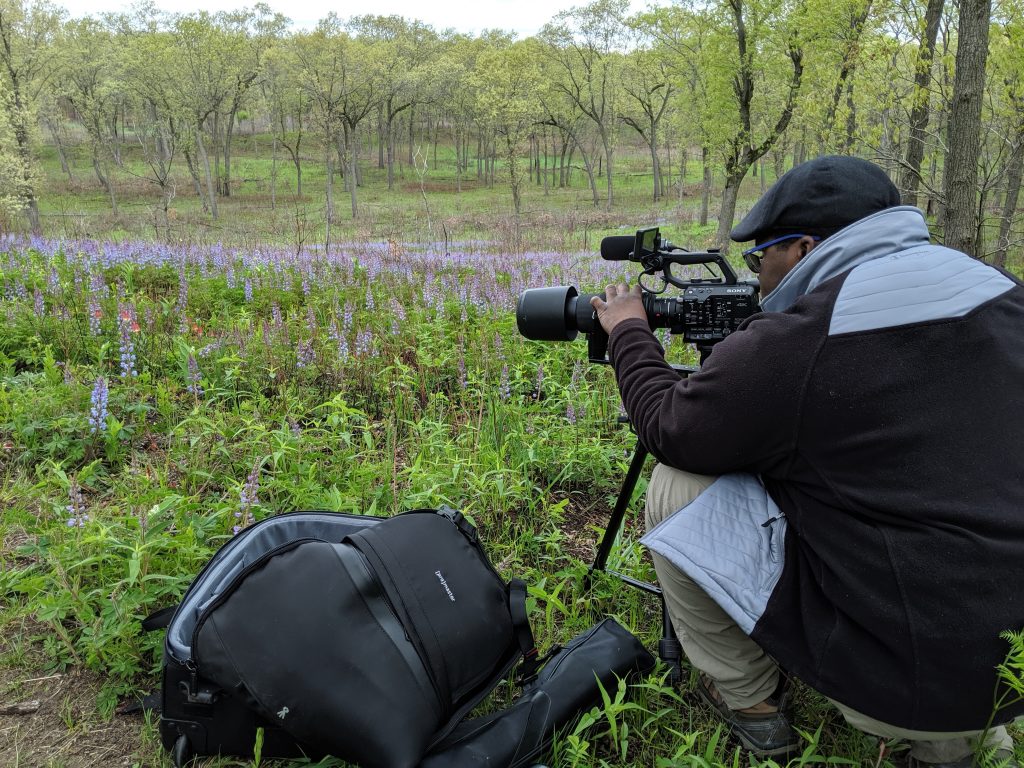 Boyd filming second video recounting the origins of plant succession – a key organizing principle in ecology – in the 1890s at what is now Indiana Dunes National Park.

The Fulbright-National Geographic Storytelling Fellowship this year was extremely competitive. As one of 4 recipients selected from about 300 applicants, Robert is part of a truly talented group of young communicators. The CESU project was just one of many bricks in Robert’s educational foundation, but it’s a valuable one. Having mastered the art of juggling expensive recording equipment in difficult environments like Everglades mangroves, Robert says he’s “looking forward to experiencing Barbados’s biodiversity, and capturing it on camera. In addition to the Barbados Threadsnake, I’m excited to film wildlife such as the Leaf Toed Gecko, the Hawksbill Sea Turtle, and the Green Monkey.”

For her part, Maggie Stogner is delighted with the student experience enabled by the CHWA CESU. “The fellowships with NPS provide exceptional opportunities for students to gain experience filming in the field with scientists,” she says. “Benefits range from bringing alive science history and interpreting complex scientific concepts to learning how to film in challenging outdoor conditions, and so much more.”