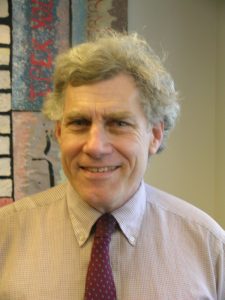 James Deutsch is a curator and editor at the Center for Folklife and Cultural Heritage at the Smithsonian Institution in Washington, D.C. Since 2003, he has helped plan and develop public programs on California, China, Hungary, Peace Corps, Apollo Theater, Circus Arts, National Aeronautics and Space Administration, Mekong River, U.S. Forest Service, World War II, Silk Road, and White House workers. In addition, he serves as an adjunct professor—teaching courses on American film history and folklore—in the American Studies Department at George Washington University. Deutsch has also taught American Studies classes at universities in Armenia, Belarus, Bulgaria, Germany, Kyrgyzstan, Norway, Poland, and Turkey. Overall, he has held more than sixty different jobs in twenty different states and countries, including: newspaper reporter in Indiana and Mississippi; librarian in Alaska, Georgia, Mississippi, Montana, and Virginia; forest naturalist with the Chugach National Forest in Alaska; park ranger in Arizona and Mississippi; census enumerator in Washington, D.C.; and monorail operator at Walt Disney World in Florida. He has published numerous articles and encyclopedia entries on a wide range of topics relating to film and folklore.

One current research project is to investigate a series of photographs taken in July 1940 by Jack Delano, a photographer for the Farm Security Administration (FSA). Delano titled the eight photographs, “A Group of Gypsies Who Live in a Small House on U.S. Highway 13,” five miles south of Salisbury, Maryland. Taken to help further the FSA’s mission of documenting and alleviating rural poverty in the United States, Delano’s photographs include one shot of the family’s single-story, white clapboard home, which appears to be two rooms wide and one room deep; one shot of the family’s father, who (according to Delano’s caption) “works as a boiler man in town”; four groupings of the children (who appear to total six in number); and two shots of signs advertising the reading of palms. Not appearing in any photo is the family’s mother, who may or may not be “Ruth” whose name is associated with palm readings.

Unfortunately, Delano did not make extensive field notes and was not as meticulous as other FSA photographers in identifying the subjects of his photographs. No additional explanatory information—other than the captions—exists for any of these photographs.  My ongoing research seeks to bring to life the individuals in Delano’s photographs through a variety of archival and library resources. These include U.S. Census Bureau records from the decennial census of 1940, which has provided preliminary identification of the individuals and their ages; real estate and tax records from Wicomico County; the Wicomico Historical Society Collection at Salisbury University; and newspapers, such as the Salisbury Times, which reported on the presence of Roma living on Maryland’s Eastern Shore.