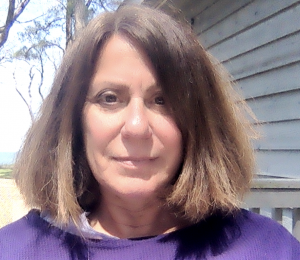 Janet Mann, Vice Provost for Research (2013-2017) and Distinguished University Professor of Biology and Psychology at Georgetown University, earned her Sc.B at Brown University and her M.S. and PhD at The University of Michigan with expertise is in the field of animal behavior. Since 1988 her work has focused on social networks, female reproduction, calf development, life history, conservation, tool-use, social learning and culture among bottlenose dolphins in Shark Bay, Australia. Her long-term study “The Shark Bay Dolphin Research Project”, tracks over 1900 dolphins throughout their lives and includes an international team on three continents where scientists focus on different aspects of delphinid biology. In 2015, she initiated the first study of wild bottlenose dolphin in the Potomac River and Chesapeake Bay. This work was featured on the PBS Outdoors Maryland special in 2018 https://video.mpt.tv/video/episode-3102-ehuwnl/ and covered on NPR (Morning Edition, The Kojo Nnamdi Show).

Mann has published over 130 scientific papers in journals such as NatureCommunications, Philosophical Transactions of the Royal Society, Proceedings of the National Academy of Sciences, Proceedings of the Royal Society, Biological Conservation, and Animal Behaviour and in books such as The Question Animal Culture, The Biology of Traditions, Rational Animals, and Primates and Cetaceans: Field Research and Conservation of Complex Mammalian Societies. She is editor and co-author on Deep Thinkers: Inside the minds of whales, dolphins, and porpoises, published in 2017 with University of Chicago Press. Her edited volume, Cetacean Societies (University of Chicago Press, 2000), received several awards.

Twice she was a fellow at The Center for Advanced Study in the Behavioral Sciences at Stanford University. In 2012 she spoke at the The Royal Society and gave a plenary lecture at The American Psychological Association meeting. Since 1997, her research has been supported continuously by the National Science Foundation, but she has also received funding from a range of foundations and government agencies nationally and internationally. Professor Mann’s research has received considerable media attention worldwide, including a BBC Documentary “The Dolphins of Shark Bay” focusing on her work in 2011.

In 2013, Pamela Turner published a children’s book “The Dolphins of Shark Bay” (Houghton Mifflin) about Professor Mann’s research as part of her ‘scientists in the field’ series. She frequently interviews with the New York Times, National Geographic, public television stations and on National Public Radio.

Professor Mann has taught diverse courses for Biology and Psychology, including The Brain and Evolution of Behavior, Animal Behavior, Monkeys, Apes and Humans, and Human Evolution and Behavior and the Biology of Marine Mammals. She has several graduate students in the Department of Biology and mentors undergraduate students from several majors in their senior and honors theses. Over 120 students have received awards and fellowships in her lab and she regularly publishes with undergraduate and graduate students. Each year, several students accompany Professor Mann to Shark Bay, Australia to conduct field research. They also assist from April to October in the Potomac-Chesapeake Dolphin Project (pcdolphinproject.org). She received two mentoring awards (DC metro area and national) in recognition of her deep commitment to undergraduate education. In 2021, Mann was honored as the Inaugural Fellow of Society for Marine Mammalogy, with recognition as a scientist who has “rendered conspicuous service or made truly notable contributions to the advancement and diffusion of the knowledge of marine mammal science or the fostering of its practical applications through conservation of marine mammals.” In 2022, Mann was appointed as Distinguished University Professor by President John Degioia.

In 2015, we initiated a long-term study of wild bottlenose dolphins in the Potomac River and Chesapeake Bay. The Chesapeake Bay, whose watershed spans ~64,000 square miles and is home to over 17 million people, is our nation’s largest and perhaps most iconic estuary. The Bay has drastically changed as a result of human impacts including coastal development, habitat degradation, pollution, overfishing, and climate change just to name a few. Moreover, this region is also experiencing rapid sea level rise, twice the global average. Consequently, substantial effort is dedicated to understanding the Bay’s ecosystem and strategies for recovery. Paradoxically, the Chesapeake is the best studied estuarine system in the U.S., but almost nothing is known about its marine mammals. Bottlenose dolphins, harbor porpoises, humpback whales, harbor seals, and even the occasional manatee have been sighted in Chesapeake Bay waters. In fact, newspaper reports from the 1840s and 1880s places bottlenose dolphins all the way up the Potomac River near Washington, D.C. This data-deficiency is unfortunate given that, as charismatic top predators, marine mammals attract considerable public interest and act as sentinels of overall ecosystem health. Bottlenose dolphins in particular, which are quite common in the Bay, have enormous public appeal that could be leveraged to promote restoration. In this vein, the Potomac-Chesapeake Dolphin Project’s mission is to better understand and protect the Bay’s bottlenose dolphins as a means to promote environmental awareness, appreciation, and stewardship for the entire Chesapeake Bay ecosystem. Our current focus is determining the dolphin’s population structure, disease ecology, local ecological knowledge, and seasonal-spatial use of the Potomac River.

Since 1988 her work has focused on social networks, female reproduction, calf development, life history, conservation, tool-use, social learning and culture, spatial and foraging ecology, and responses to extreme climate events among bottlenose dolphins in Shark Bay, Australia. Her long-term study ”The Shark Bay Dolphin Research Project”, tracks over 1900 dolphins throughout their lives and includes an international team on three continents where scientists focus on different aspects of delphinid biology.