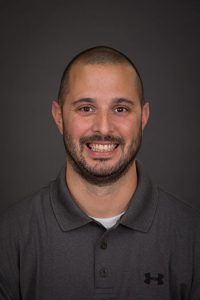 Dr. Dunton is a fisheries ecologist with 17 years’ experience working on fisheries, community ecology, and ecosystem dynamics. He has authored 17 peer-reviewed papers and contributed to over 40 professional talks at professional conferences related to fisheries biology, ecology, and management. Over the last ten years he maintained several large acoustic telemetry arrays (NY, NJ, and DE) and has surgically implanted over 700 fish on a variety of species including Atlantic sturgeon, winter skates, striped bass, coastal sharks, monkfish, and dogfish including wind specific projects.  He managed as chief scientist multiple long-term trawl surveys as well as analyzed long-term trawl datasets and has worked on commercial gillnet boats to target Atlantic sturgeon.  Current research focuses on monitoring and tagging Atlantic sturgeon at Naval Weapons Station Earle, working with recreational anglers to monitor post-release effects on sharks, and comparing the trawl surveys with eDNA samples.

Purpose: The purpose of this project is to fill in data gaps in knowledge of the spatial and temporal habitat use of the waters surrounding the Naval Weapons Station Earle (NWSE) pier by Atlantic sturgeon (Acipenser oxyrinchus oxyrinchus), of which the New York Bight Distinct Population Segment is listed as Endangered under the Endangered Species Act. There is currently little information on the use of these waters by the species. This information will allow the Navy to gain a better understanding of the utilization of the waters surrounding the areas of naval activity by these species and will help the Navy assess potential impact to the species as a result of their actions, make effects determinations for use in potential consultations with regulatory agencies, and to explore options for avoiding, minimizing, or mitigating for potential impacts to the species. The Navy plans to conduct passive acoustic sampling to detect previously tagged Atlantic sturgeon through the use of telemetry receivers. The installation and maintenance of telemetry receivers will document occurrences of previously tagged sturgeon, addressing data gaps in knowledge of presence of this federally listed species in the waters near the pier complex and nearshore area of NWSE. An optional task would actively capture Atlantic sturgeon and tag with acoustic transmitters. This would contribute to research efforts for Atlantic sturgeon that is occurring at numerous locations along the Atlantic coast.