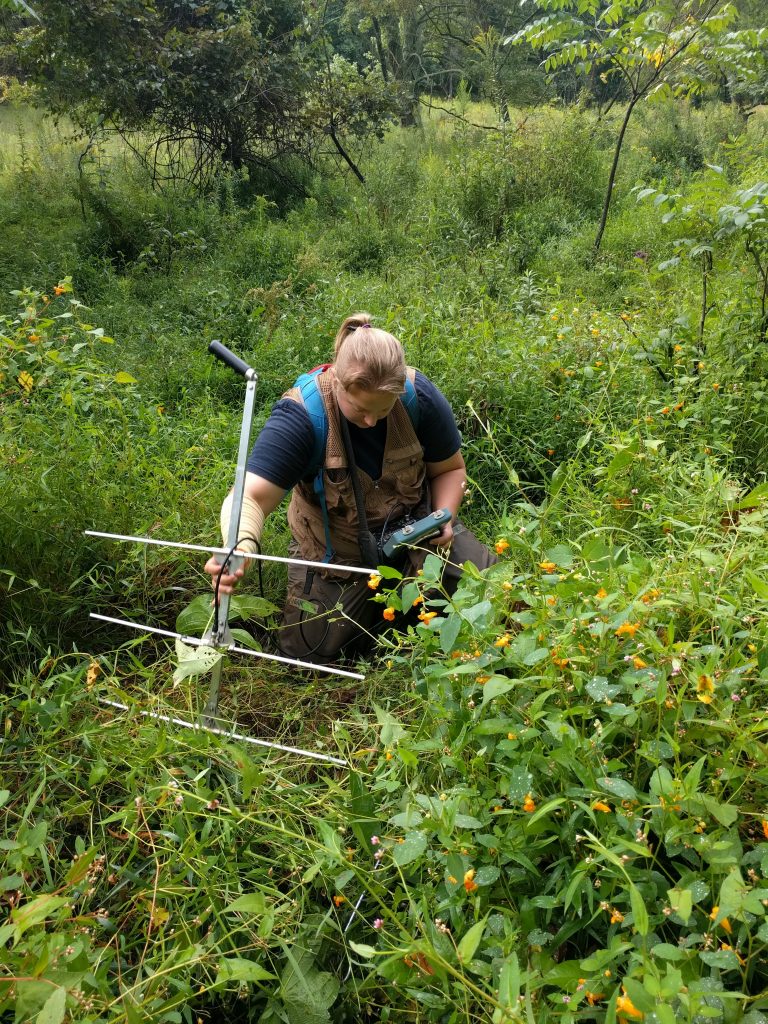 Reptiles and amphibians are vulnerable to extinction worldwide, mostly due to anthropogenic impacts. The eastern United States is home to one such species of reptile that is no stranger to the threat of extinction. The bog turtle (Glyptemys muhlenbergii) is one of the world’s rarest and smallest turtles. Southeastern Pennsylvania has a large population of bog turtles and therefore has great potential for facilitating recovery. 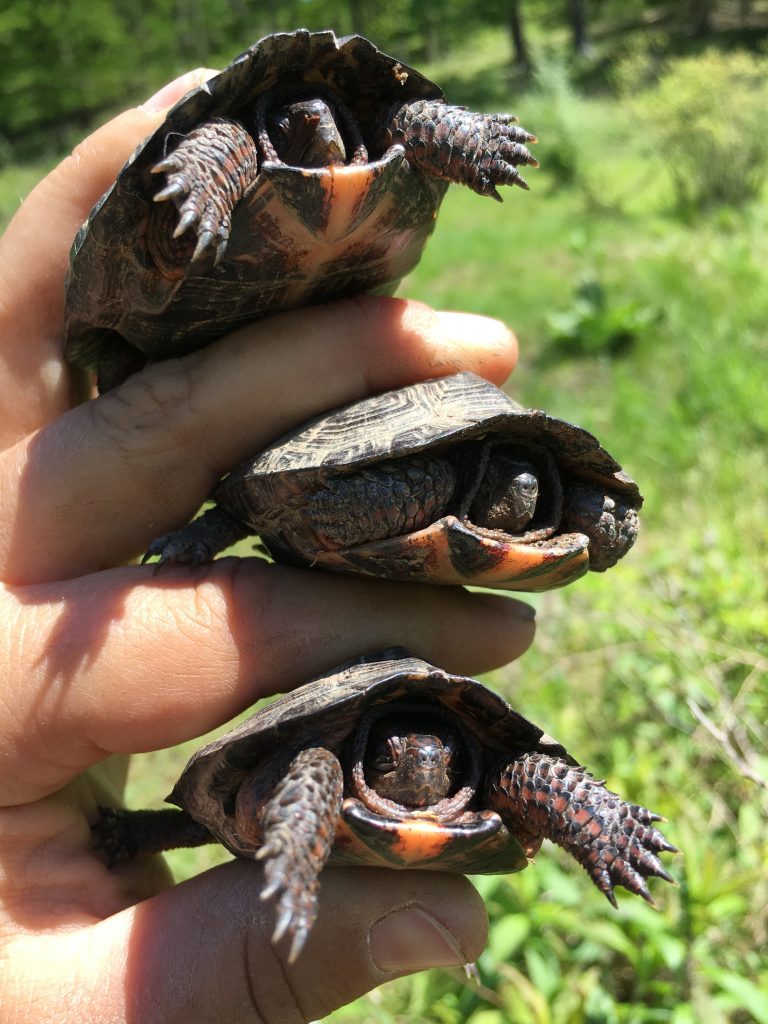 The Natural Resource Conservation Service (NRCS) manages wetland easements to assist private landowners in preventing habitat degradation and restoring bog turtle habitat. Prescribed grazing is being considered as a potential management tool for slowing succession of woody species and preventing invasive vegetation from becoming dominant. In the past, bog turtle habitats were presumably exposed to large grazers such as bison or elk. Little is known, however, about the effects of domestic cattle grazing on the bog turtle, particularly in Pennsylvania. NRCS awarded a Cooperative Ecosystem Studies Unit (CESU) grant to Shippensburg University to investigate the effects of grazing on wetland vegetation and bog turtle habitat use and movements.

Last spring and summer, Dr. Tim Maret and graduate student Hannah Roos used radiotelemetry to track bog turtles at grazed and ungrazed sites in southeastern Pennsylvania in order to examine their home range and habitat use in response to grazing. They also measured vegetation composition and structure in grazed and ungrazed wetlands. Maret and Roos are presently gearing up to do the same in 2018. By studying the structural changes in vegetation and determining how these changes affect microhabitat use and movements in response to grazing, their research will help NRCS manage habitat to save the bog turtle and other species that share their habitat.