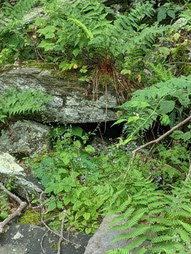 Riversides scoured by constant flooding. Thin soils on top of rock beds. Some habitats are so stressful, only a few species have adapted to them and can survive. But in adapting to these tough conditions, these specialized plants (some are “edaphic” and are restricted to certain soil conditions) don’t compete well in the relatively cushy conditions found elsewhere. They are very few in number and paradoxically, some of these rugged plants are considered vulnerable.

A project to document vulnerable plants in some of these “extreme” places at Harpers Ferry (originally presented in the Fall 2019 issue of the National Park Service’s Natural Resources Quarterly newsletter) recently released a preliminary summary of their results.

A team from Frostburg State University led by Clara Thiel revisited spots where rare, threatened, and endangered plants had been recorded before, to see if the plants were still around and in what numbers, and to document conditions at each site. The vulnerable plants they sought have conservation rankings of S1 (critically imperiled), S2 (imperiled), or S3 (vulnerable). (Learn more about conservation rankings).

During their resurveys, they found:

The loss and change to populations of vulnerable plant species was primarily attributed to competition from invasive species, habitat loss, and changes in site maintenance or disturbance regimes. The Frostburg team recommended that sensitive habitats remain or become protected from the public, and that invasive species removal projects be prioritized.

In revisiting plant surveys done in the mid-1980s and late 1990s, this project offers the chance to look at vulnerable plants and the effects of:

Most urgently, researchers encouraged management of the large population of the highly invasive kudzu vine (Pueraria montana) growing along Route 340 that threatens the floodplain habitats of the Potoma Wayside.

Highlights from this project

This project was facilitated by the Chesapeake Watershed Cooperative Ecosystem Studies Unit (CHWA CESU). The CHWA CESU promotes stewardship and integrated ecosystem management of natural and cultural resources in the Chesapeake Watershed through collaborative research, technical assistance, and education. To do research with CHWA CESU, please contact Danny Filer at 301-689-7108. 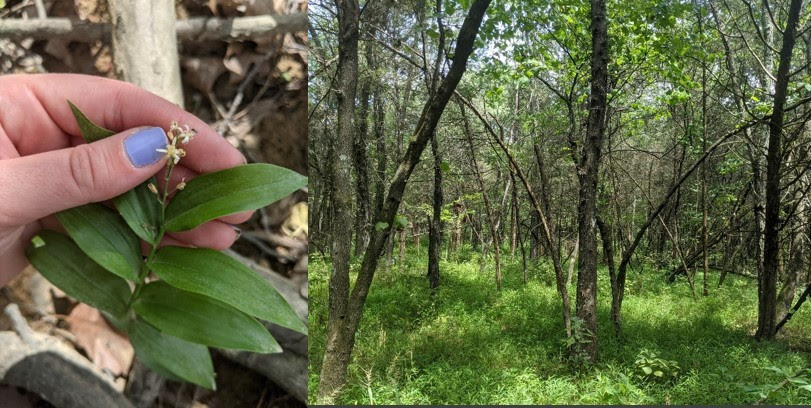